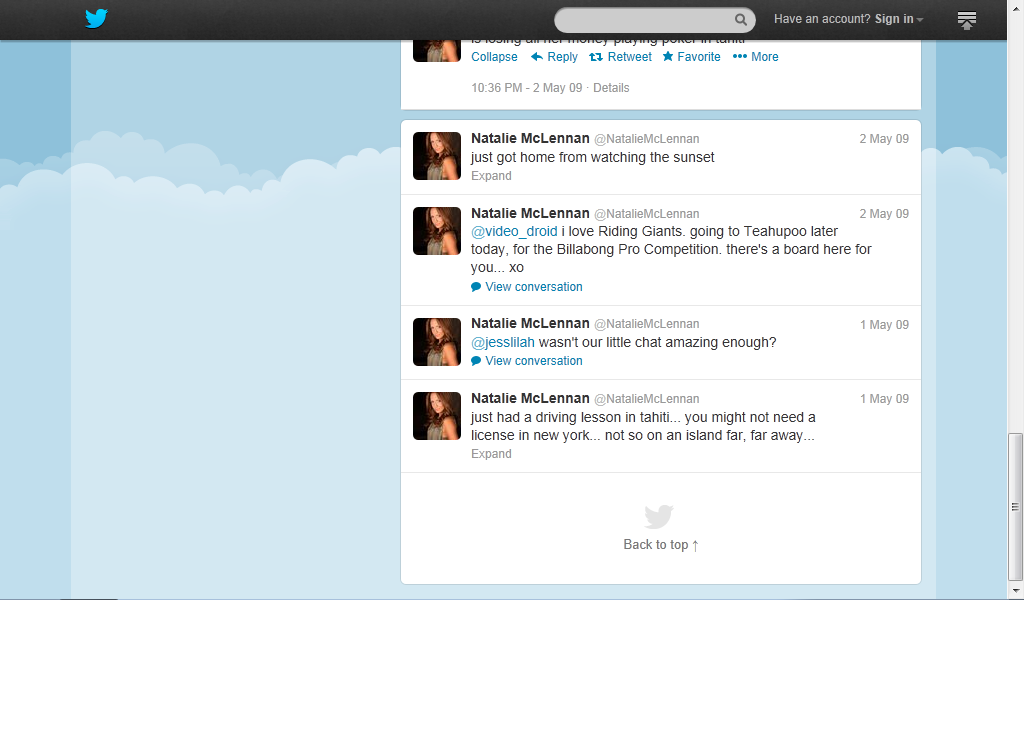 On the 6th and 7th of February Natalia (Natalie McLennan) testified for the government in Paul Bergrin's trial. She testified that she did see Paul Bergrin discussing business with Jason Itzler, the owner of New York Confidential, at Itzler's business address. Much of McLennan's testimony is hearsay and I am not real clear on how prosecutors are able to use it in this trial.

Natalie McLennan basically repeats crap that she claims Jason Itzler told her and did not actually hear the discussions between Itzler and Paul Bergrin. This is the reason that I refer to most of her testimony as hearsay. Sure, she saw Paul at Itzler's business address - Paul was the guy's attorney. Beyond that, Natalie spent all of her time doing drugs or shopping when she was not out visiting clients at Itzler's direction. Don't believe me - read her book.

Prosecutors want to refer to Itzler's long ago closed business, New York Confidential, as a "brothel," but as far as I am aware, there were not sexual trysts of any sort for money on the premises. I believe that it was 100% out-call. In the New York State case against Itzler and McLennan both admitted that it was a prostitution business.

Unless there was sex for money on the premises, it will never be a "brothel". It was a prostitution business disguised as an "escort service". Unless Paul Bergrin went to calls with Natalie McLennan or she had conversations with him about her dates and what she did on those dates, there is no way for Paul to know she offered prostitution services. It is not enough to say that all escort services are prostitution services and he should have known as prosecutors claim.

My escort services were not prostitution businesses, though there were certainly some escorts offering prostitution to clients some of the time as it came out in trial. The average figure stated by escorts that actually worked for my businesses was that 40% of the time each committed prostitution on calls. None ever actually discussed it with me. They each bartered their own rates for any extra, illegal services on the occasions that it occurred and I had nothing at all to do with it. One escort that worked with me briefly back in late 1995 into early 1996, did include prostitution services, but testified truthfully that her and I never discussed it.

Itzler's services may indeed have been different, but unless sex for money was occurring on the business premises, it was not a "brothel" as prosecutors are intent on claiming here. As far as I am aware, this was a business address and a party pad and nothing more.

Natalie was his star prostitute and he booked calls for her at a rate of $2K for an hour. In my opinion, anyone that would pay such a rate for an escort is a total idiot. Rates are higher in NYC than in say, Miami, and certainly higher than Orlando; however, escorts as pretty or prettier can be found for less than half that amount in NYC. Jason Itzler may be a total clown, but he was the king of marketing; that's for sure.

The idea that I have about NY Confidential is that everyone was on drugs (mainly cocaine) including Itzler. Natalie admitted to being addicted to heroin as well. It is all certainly different than how I operated my escort services for an entire decade in Orlando. If I had reason to believe that an escort was on drugs, I stopped booking calls for her. No one needs a druggie in their residence or hotel room and I consider it a volatile situation.

Druggies and heroin addicts are liars and thieves. The only thing on their mind is getting drugs. I am an anti-drug person and always have been (weed is not a drug), and that includes the mind-numbers from big pharma. I have a hard time believing that Natalie McLennan recalls much of anything from her years of working with Jason Itzler. Sure, she saw Paul's face in the building more than once - I grant you that - but so what? Another witness to nothing whatsoever.

Additionally, Natalie is no victim, except of her own stupidity. She was not arrested in the New York Confidential case until almost 7 months after the bust went down and then only because of her interviews with newspapers and on tv bragging about being a high $dollar hooker. This idiot created a case for the State of New York.

The timing of previous events

Jason Itzler was arrested in the NY Confidential case in January of 2005. Natalie was arrested in July of 2005. Itzler served his time long ago while Natalie agreed to cooperate with prosecutors and implicated Paul Bergrin by 2007 - 2 entire years later.

No telling how many people Natalie set-up prior to 2007, and then again prior to her December 2010 sentencing in the case. What we do know for sure is that her including Paul Bergrin, Itzler's attorney, got her a much reduced charge and time served in the case. She spent 20 days in jail total over the $millions made as a hooker and laundered various ways. She should have been charged with tax evasion, and perhaps that was a part of her deal for including Paul.

While Paul Bergrin was being arrested as a result of this bimbo's claim that he was part owner of NY Confidential in May of 2009, she was busy tweeting from Tahiti. According to her Tweets, she had a relaxing 2 1/2 month vacation in Tahiti that began in early April of 2009!

This criminal claims to be clearing her conscience and doing "the right thing" by testifying, but the truth is that she is a liar that not only profited heavily from her crimes, she also scored the big $$$s by flaunting it all to media and getting a major book deal. As far as I'm concerned, she's no better than a street hooker on drugs and really is worse than Itzler.

More on Paul's plea to a single misdemeanor count in this case over the weekend.
Posted by Vicky Gallas at 7:07 PM

This is a letter from Paul Bergrin that was written while he was in MDC Brooklyn awaiting trial. The letter was previously posted on the mai...

It is dangerous to be right when the government is wrong.

My Relevant Posts (From other Blog)