The Communications Management Unit (CMU) was not effective in silencing him forever for the government in this case and now Paul Bergrin is being held under Special Administrative Measures (SAM). Apparently there was a request for special confinement conditions because Guantanamo North just wasn't enough. Now he is unable to communicate with his attorneys at a vital point in the Rule 33 motion and the 2255 petition.

Who knows the reasoning used by the Newark US Attorney's Office (USAO) and the BOP. It is unlikely that we will ever have an answer to that question. They truly have ceased all of Paul Bergrin's communications, so if you have been expecting a telephone call, an email, or a letter, you will not be getting it. We really have no clue what they have done to him at this point. The last time anyone heard from Paul was on August 22, 2016. 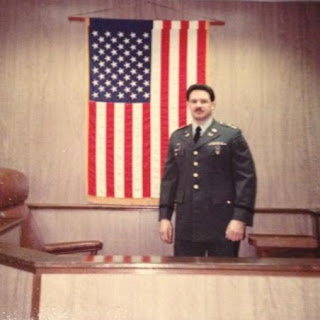 No, he is not on lockdown at Guantanamo North or in SHU for one stupid issue or another - he has been placed under a SAM. You may recall that violating a SAM is what resulted in former attorney Lynne Stewart's prosecution and subsequent imprisonment. Read more about SAM here:

It seems that US Attorney General Lynch had to sign-off on this SAM. Thanks a bunch to Loretta Lynch, who I must add was previously the US Attorney for the Eastern District of New York. Someone in Newark has some contacts! I will admit that I never expected to see such a major subversion of justice under the Obama administration.

The fact is that the government was about to get caught in the long game of lies at play in Paul Bergrin's life and absurd prosecution. There are also people in the way. At this point, we only hope that he is still alive. They are capable of anything so don't scoff at that thought. Anyone who knows Paul, knows that he is as harmless as a kitty-kat, so there is definitely no valid reason for the CMU or the SAM.

One of the last communications from Paul is this letter to Judge Jose Linares filed on August 15, 2016, and now no assistance that he requested from the judge is even possible. You read that correctly: there is nothing that Judge Linares could do about this if he wanted to:

The only hope for Paul Bergrin is if he is granted a new trial on any or all counts. If this were to happen, he would be returned to the Newark area. However, they have made sure that Paul is truly unable to communicate with his attorneys at this crucial time in the legal case, so don't get your hopes up. We could also be certain that there is major pressure to make sure that never happens right now.

I have not had any contact with Paul since mid-August of 2015, when the CMU director blocked all contact, but I do know that he was working with investigators and his attorneys to blow the roof off of this warped persecution. Now, thanks to the SAM, his attorneys are no longer able to communicate anything whatsoever concerning the case, prosecution or investigation.

Have they managed to silence Paul Bergrin forever? I don't know yet - the jury is still out on that question.

This is a letter from Paul Bergrin that was written while he was in MDC Brooklyn awaiting trial. The letter was previously posted on the mai...

It is dangerous to be right when the government is wrong.

My Relevant Posts (From other Blog)